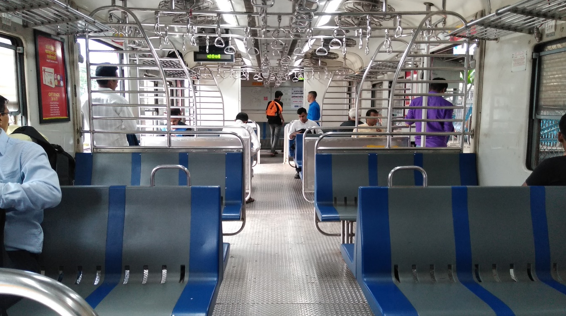 9 am: From the point of leaving home to reach our allotted Assembly Constituency of Vandre West, it was obvious that people were going to take it slowly, if not easy!

Borivali station on the Western Railway, which is usually full of people rushing to catch their respective trains to get to work, had very few people at station and trains were also empty. And the roads were delightful, with little or no traffic. This gave cause to wonder: are people actually going to vote or have they taken leave to relax at home?

Due to change of address, a family from Borivali were travelling all the way to Charni road to vote. Such people can be counted as responsible citizens of the country, who think voting is a must to bring about significant change in society.

Their excitement to vote was incredible. ‘Voting is a must because if anything goes wrong in the state, we are going to blame the Party or the BMC. So why don’t we choose the party which we think is going to work for the betterment of the state”, said Mukesh Chitoria. Voting is important to bring a change in society. Whoever comes into power matters as much as your choice to vote?

Latest posts by spiceenquirer (see all)
2019-10-21
Previous Post: All hands on deck – Vandre East
Next Post: At the Night School in Vandre West