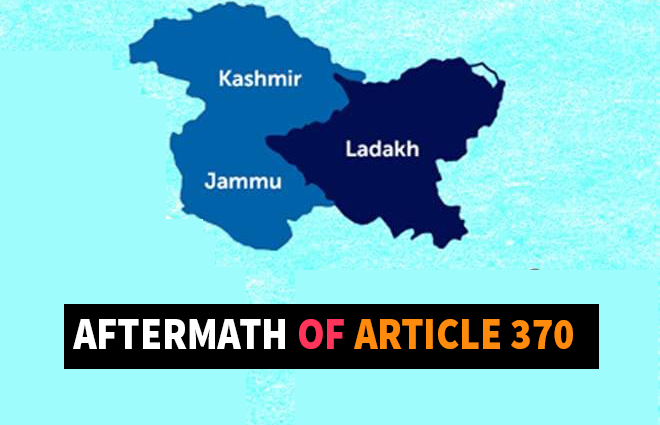 After the Scrapping of Article 370

Within the last week, the entire country is going on and on about the ‘unconstitutional’ and ‘deceitful’ decision taken by the Indian Government to end the special status of Jammu & Kashmir through the abrogation of Article  370.

The Central government sent over 30,000 troops to tighten security in the State, which is now a Union Territory. Before this, the Indian Air Force was put on high alert mode. Additionally, Amarnath Yatra pilgrims and tourists were obliged to return home, as were tourists.

The Government of India has decided to bifurcate the state into two Union Territories; Jammu and Kashmir with legislature and Ladakh without legislature. However, although Jammu & Kashmir has lost its special status,  there are some gains that the region will be implementing.

Article 370: Before and After

Before flipping two sides of the coin, digging into the what and why of Article 370 is equally necessary. Article 370 gives the state autonomous status and defines a certain set of laws for the J&K state’s residents relating to ownership of property, citizenship, and fundamental rights.

Firstly, the State was allowed to have its own Constitution. Central Legislative Powers were extremely limited when it came to three subjects; defence, foreign affairs and communications. Secondly, Constitutional powers by the Central Government could be extended only if the J&K State concurred it. Lastly, Article 370 could be amended only upon the recommendation of J&K State’s Constituent Assembly.

Article 370 has always had its critics, but the truth is, it was the key to the accession of Jammu and Kashmir back in 1947. Revoking it is bound to change the nature of the state, now Union Territory.

Besides no dual citizenship, J&K will no longer be required to approve the constitutional powers being exercised by the Central Government. It will now recognize the Tricolour Flag and the National Anthem of India. The Central Government can also declare financial emergencies without waiting for external aggression as justification. Reservations for minorities and the Right to Information (RTI) Act will now be implemented.

As expected, there is plenty of criticism, mainly for the way Article 370 was scrapped.

“Today marks the darkest day in Indian democracy. Decision of J&K leadership to reject 2 nation theory in 1947 & align with India has backfired. Unilateral decision of GOI to scrap Article 370 is illegal & unconstitutional which will make India an occupational force in J&K.”

Across the border. It was pretty much the same. Pakistan PM Imran Khan had lots to say about the situation and went on to tweet requests to world leaders to pay attention towards the ‘irresponsible, unilateral and irrational behaviour’ of Indian leadership. Within his series of tweets, he called for US President Donald Trump to mediate on the Kashmir issue. Broadly, he painted the scrapping of Article 370 as a violation of international laws.

On the contrary, while it does reflect external and international interest, the scrapping of Article 370  is very much a domestic and internal decision of India. Declaring it a Union Territory puts decisions about the defence of the region entirely in Delhi’s hands, thereby resulting in swift and effective implementation. The opposition disagrees.

While the rest of India was quick to laud or criticize this move by the Central Government, the Kashmiris seem to be silenced. The Kashmiris cannot contact anybody and have access only to radio broadcasts. However, the Kashmiri Pandits who were obliged to leave their home state back in the 90s during the military insurgency, are now rejoicing in the abrogation of Article 370.

The Modi government is widely seen as having fulfilled its promise on the issue in their election manifesto. It has also opened itself to world accusations of being dictatorial. There are Constitutional points that would seem to invalidate the abrogation. One of them is that the Constituent Assembly of the state must approve of any decision to make Article 370 inoperative. Then it is referred to the President for public announcement. In this case, the matter went straight to the President, skipping the Constituent Assembly which now no longer exists. Moreover, the abrogation is a violation of the agreements that took place throughout the decades.

Interestingly, the abrogation of Article 370 is being compared with the Palestine disempowerment and military occupation by the Israelis who are great allies of this government.

Expectedly, expert legal advisers are divided on this issue. Over the past year, increasing federalism has led to little government of the state by itself.

The government has also paved the way for businessmen to set up their operations in the UT now. This has led to fears for the charm of the magnificent valley. Some Kashmiris believe that the abrogation was a way to allow non-residents to own property in the State.

To be honest, this does seem more of an agenda-driven decision. J&K, as we already know is Muslim-majority state, while India is a populous country with citizens constantly migrating. Eventually, this move could turn Kashmiri residents into minorities in their own homeland.

There is no disagreeing with the fact that this decision was much needed, but it could have been done gradually. The conflicts could have been less in number and more manageable. The abrogation of Article 370 will not be smoothly implemented.

At the end of the day, Kashmiris remain disconnected and live through every gunshot, while the verbal wars between supporters, protesters and politicians will keep continuing. 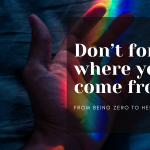 From nothing, to everything, From failing, to success Don’t forget where you’ve 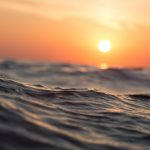