In Sweden, politicians would be unrecognizable to the Indian mind. They take the fact that they are the people’s representatives in Parliament to mean that they are servants, literally.

Not only do they enjoy no special benefits, but they are held to the highest standards of public morality even in small things. To illustrate – a woman politician returning to her office once took a taxi for which she paid out of her tiny allowances. The newspapers got hold of the story and she ended up resigning. Apparently, she was supposed to take the bus.

These and other stories were revealed recently to students of St. Pauls Institute of Communication Education by Claudia Wallin, a Brazilian journalist now settled in Sweden, She was speaking about her book,  Sweden: The Untold Story. During the session, she generously revealed many insights into the Swedish way, and students got to learn a lot about the differences between how politicians and journalists work in both Sweden as well as Brazil, and India.

What made the session interesting were Claudia’s own circumstances. Brazil is one of the most corrupt countries in the world. Sweden the least corrupt. She found it so marvelous that she had to write a book about it; politicians and prime ministers riding to work in tiny office spaces on bikes, people with a real understanding of the concept of service, making political representatives the servants of the people, being able to ask any question, complete transparency in government.

She talked about how, in a little over 100 years, Sweden transformed itself from an impoverished, agricultural society into one of the wealthiest, most socially just and least corrupt countries in the world, well known for its democratic government and progressive Social policies.

Time and again, she said, Sweden had been the country that took most immigrants from the different wars ravaging the planet. These people were not just made welcome, but were given exactly the same treatment meted out to its own citizens. Immigrants enjoyed education for their children or themselves, first-class health care, standardized accommodation, and safe societies.

Not that this means that Sweden has no problems at all. In fact, in the country of a little over 10 million, even small additions of refugees can bring about local imbalances. This has shown up in an increased drug problem, some cases of violence and murmurs against them. But on balance, Sweden is – Sweden. Law-abiding, with a high standard of living, safety, and a strong sense, above all, of the importance of quality. This is why it is also enshrined in its Constitution. 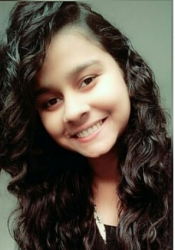 Abhilasha
Abhilasha is currently pursuing her BAMMC at St Pauls Institute of Communication Education. She is an avid reader and enjoys writing about politics & international affairs.