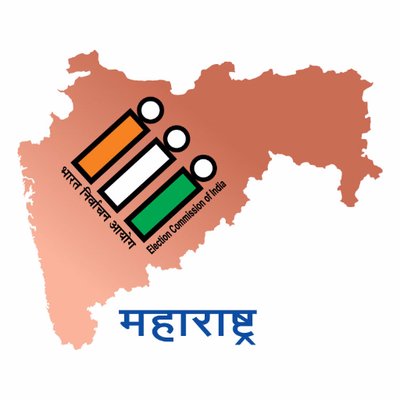 At St. Andrews High School, A. Dibello (42), an IT professional, was very bitter about the way people are made to run around to get their election cards.

Although he was able to vote, Dibello claimed that he had actually lost his j9b because he had to keep following up with the election office regarding his status as a voter. “Voting comes once in five years, whether it is local self-government, state assembly and the centre. We take it seriously, but the government does not.” It was angrier because in spite of having a voting card, it took time for his name to be found.

In sharp contrast, Mustafa, a first time voter at the age of 25, was very laid back. His whole family had gone already after casting their votes. Only he was still standing, holding a receipt given by the EC office, saying he had applied for his voter ID card six months back, and had still not received it. He was finally not able to vote.

At Duruelo Convent on 24th Road, with voting going on in full swing, some voters experienced a few lows, like elderly Mrs. Shameen (73) who said quite angrily that she like some other senior citizens were forced to come and vote, while some people would rather stay at home and take advantage of the holiday.  As she bound to a wheelchair, she was quite upset that no one took a quick initiative to help her in.

After a while, when the policemen helped her in the voting process, they found that she didn’t have the actual identity but instead had a xerox of her ID proof which was not valid. So she got more annoyed and started blaming the Election officer saying that ‘they didn’t inform us properly and they are not even helpful’.

We got to hear the latter half of the story from General Officer Ashok Pinto of Duruelo Convent. “There are 8 types of identity proof you can bring when you come to vote, which is your passport, driving license, service identity card of Central or State Government, pan card, aadhar card, passbook issued by Bank or post office, insurance card and most importantly the voter Id card.

Lata Asrani (70) was another citizen who had a problem. She had also carried only the xerox of her ID proof. Her husband had to rush home and get the originals. As soon as he came back, he lost his temper towards the election commission and said, “When they want votes they will cry for it but they don’t properly inform the people about the requirements”.

Meanwhile in Chandivali, there were others who did not hesitate to voice their issues.

Ram Sharma, speaking to Spice Enquirer, said, “My wife’s name is not in the list. Despite repeated complaints, we received no response. Today, as well as the Lok Sabha elections, she couldn’t vote. These people speak at great lengths about the importance of voting, but do not help those who want to do so.”

Another voter, Gautam Kamble, said, “I particularly faced no problem, but the two women before me were asked to come back with a different ID. Now I don’t know the reason, but I think the ID they issued there seemed perfectly fine to me. God knows the rest.”

Vijay Joshi who had come to vote with his family said, “My son had to skip his office to come and vote today. Couldn’t they keep this yesterday, which was a Sunday? What difference did one day make to them? Now Rs 1,500 would be deducted from my son’s salary for not showing up!”

Latest posts by spiceenquirer (see all)
2019-10-21
Previous Post: A dam burst of disappointment and disillusion in Vandre east
Next Post: These guys are NOTA Voters!