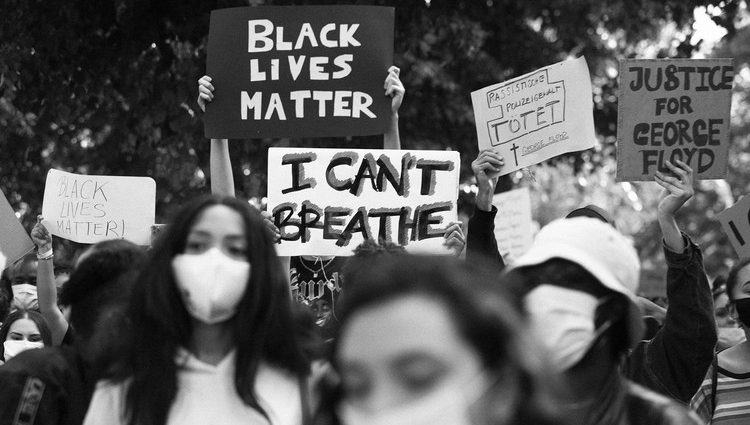 Everything but the Black Lives Matter movement

George Floyd’s death has caused a major uproar among various communities who are coming forward to support the Black Lives Matter movement. Floyd was killed when policeman Derek Chauvin kneeled on his neck for approximately 7 to 9 minutes, thus suffocating him to death. His death was captured through a video taken by bystanders and went viral on social media causing an outrage not only in the country but all over the world. George Floyd’s death was a result of racial profiling and police brutality.

The Black Lives Matter movement began in 2013 with Trayvon Martin’s death, who was killed while buying skittles for a relative. The case was heavily manipulated and enraged many communities to protest in support of the 17-year-old. However, cases of police brutality and racial inequalities are not new in America and a lot of people have lost their lives, especially in black communities. Adding to the racial discrimination was the lack of evidence and eyewitnesses to support the deceased people in trials that took place. The movement brought great attention to such cases and justice to the innocent deaths of black people.

The black community has come a long way in terms of freedom against white supremacy. The community has faced a lot of hardships due to racial profiling, racial inequality, and police brutality, all of which are an important part of the Black Lives Matter movement. Yet there remains a sense of privilege and ignorance in society, especially across the States. George Floyd’s death raised some serious questions on the appropriate use of force when it comes to law enforcement officers and thus began huge protests. The protests and riots continued for the following weekend and spread to most cities in all the states. The case has also influenced communities in other countries. Protests objecting to police brutality in the United States is one of the many that have occurred earlier, including Eric Garner from 2014 whose death symbolized the phrase ‘I Can’t Breathe’, similar to George Floyd.

Globally, the protests may have been more peaceful than the ones ignited in the United States as violence and looting has found its way into the struggle. An article from The New York Times states that ‘While the protests were ignited by the killing of George Floyd and the issue of police brutality, the anger and unrest cannot be separated from the unequal cost of the virus.’ The statement is a clear indication that the coronavirus outbreak has left many unemployed. The Washington Post revealed the results of their poll, wherein they noted that 20% and 16% of the people laid off belong to Hispanic and Black communities respectively, while the White communities are at 11%. The ignition of protests is clear, but the flame that remains is a result of racial discrimination that prevails in the States. Many have looted stores and markets because they have been unemployed, and have little aid to support themselves during this pandemic.

Meanwhile, hundreds of protesters gathered outside the White House chanting and pelting stones, causing Donald Trump to move into the Presidential Emergency Operations Center. An emergency bunker within the White House that was once used during the 9/11 terrorist attack. Trump is said to be concerned for his safety amidst the protests, while many have been arrested, died, and tear-gassed while doing so. The outbreak of these protests is paving the way towards some major policy changes. Similar to how the Black Lives Matter movement has brought in more support from the white communities as the percentages go up by 18% since the last decade, as noted by the Pew Research Centre. A great numerical difference also equals a positive difference in public behaviors towards anti-racism. This indicates a hope of optimism for a better future for black communities and more.

All Lives Matter and Support in India

As violent protests go on within the United States, peaceful protesters stand together across many countries. The hashtags ‘#BlackLivesMatter’, ‘#JusticeforFloyd’, and ‘#ICan’tBreathe’ have received maximum support and many people posted a black screen in support of the movement. However, the movement has also received criticism while trending ‘#AllLivesMatter’. The hashtag sounds harmless, but many have remarked it to be extremely disrespectful to deviate from a current issue, as it surely is.

While the public debate goes on, celebrities were also quick to jump on the bandwagon voicing their opinions. As celebrities posted black screens and captions in support of the movement, people brought up earlier ad campaigns promoting fair beauty standards, an issue India has been struggling with for decades. The celebrities have been called out on their hypocrisy as the Bollywood Industry has set unrealistic beauty standards. The support for the Black Lives Matter movement and George Floyd has drastically turned into talk of racial discrimination and privilege prevailing in India as well. Privilege in the sense of having a choice to address certain issues that may or may not concern oneself. The protests happening across the United States have been compared to those that happened across India against CAA and NRC. People pointed out how the celebrities chose to stay quiet during the anti-CAA and anti-NRC protests while students were being arrested, killed, and beaten up. Selective activism of Bollywood celebrities usually ignores some injustices happening across the country and is a result of safety concerns. While some showed support to every community in need across India, with the hashtag #MigrantLivesMatter and #PoorLivesMatter due to the pandemic being an inconvenience for those communities.

It is a privilege to support one community in need and stand in a blind spot as the other struggles in front of you. It is a privilege to call out norms that shape standards in society and promote them at the same time. It is a privilege to support all communities in times of need. However, it also the privilege to recognize those in need and simply show support without being discriminative. It has been six years since the Black Lives Matter movement was founded and brought big changes, yet there is a long way to go. While the case of Floyd’s death has been linked with various aspects, it is necessary to show support to those in need right now and for the right reasons.

Latest posts by Siddhi More (see all)
2020-06-06
Previous Post: Lockdown lifestyle: Reason to be happy?
Next Post: Say it like it is: Custodial Violence is Illegal