FAKE NEWS – The most dangerous virus

Last year, 2019 saw a 25 to 50% increase in misinformation and disinformation. With major events like the Pulwama attack, elections, scrapping of article 370, CAA and NCR, the spread of fake news touched new highs. The entire narrative of the fake news machinery focussed on spreading communal hatred. The poison of communalism is seeping into society so deep and spreading so fast that even the educated are unable to tell the right from wrong.

The year 2020 will be known as the year of the pandemic (COVID 19). BOOM, India’s premier fact-checking website did its first COVID-19 fact check on January 25. The month of February 2020 saw significant events like the Delhi Elections, Donald Trump’s India visit and the Delhi riots dominate the fake news cycle in the country. COVID 19 rumours during this time were more about China, some false prediction theories, cures, treatments etc.

A drastic change of topic happened in March, as more COVID-19 related misinformation went viral online and India started reporting more cases. Fake news from Italy, theories on lockdown and lockdown-related guidelines dominated social media as text messages went viral. The biggest was a  conspiracy theory of coronavirus being a bio-weapon and this gained importance over everything. Almost all the Whatsapp groups were talking about this.

Boom says, “Looking at the topics discussed in the false claims, we found that almost 29% were random claims. For the rest, we identified and sorted them under different topics and looked at how they changed over the months.” As per Boom’s study, the first spike in COVID 19 related fact-checking came on March 13 and the second on March 25 and since then it has gone up significantly.

It took just one incident to turn the whole COVID 19 narrative communal.  After the Tablighi Jamaat – an Islamic missionary group – tested positive following their meeting in the crowded Nizamuddin in Delhi in mid-March, Islamophobic rumours were purposefully spread. The month of April saw communally charged misinformation spreading all over the country. From big media houses to Whatsapp groups everywhere, the communal narrative dominated. It took the fake news factories only about two months and one event to give COVID19 a communal tone.

The Boom study adds, “An analysis of our stories revealed that a bulk of the COVID-19-related fact checks were on communal rumors, most of which were allegations against Muslims purposefully spreading the virus. These messages appeared in April, after several members of the Tablighi Jamaat – an Islamic Missionary group, tested positive for the virus following a massive congregation in Delhi in March.”

The study tells us that most of the false or misleading claims were circulated with videos (35%), but there was also a significant number of text messages (29.4%) being shared with fake cures, treatments or quotes from celebrities, along with images (29.4%) that were either misrepresented or doctored. Boom also noticed that a small number of audio clips (2.2%) went viral with false contexts. Boom also did a few fact-checks on news reports (4%) by mainstream media organizations. Most of these stories did make false claims against a particular community.

Boom analyzed 178 fact checks that they did between Jan to May. In April, the bulk of fact-checks, about 34, were communal rumors. There was misinformation on the economy and a spike in fake news related to politics. 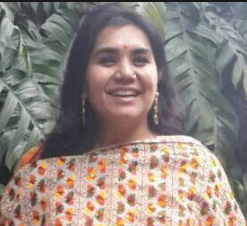 Latest posts by Shweta Khanna Bhandral (see all)
2020-05-15
Previous Post: Man, you didn’t even wait to win your Oscar
Next Post: JOIN THE – FACT-SHALA