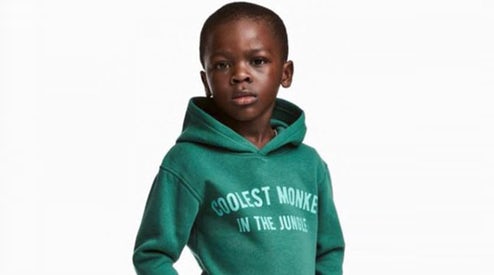 Unless you’ve been living under a rock you might have heard H&M, the Swedish multinational clothing-retail company known for its fast-fashion clothing and apparels faced humongous backlash for its recent ad campaign.

They faced criticism for an online advertisement featuring a young black boy in a sweatshirt with the phrase, “coolest monkey in the jungle”, penned across it.

The consequences of this blunder had far-reaching implications; People all around the world found this in poor taste and publicly chastised the company for their insensitivity towards people of colour. Canadian singer and songwriter The Weekend, who had collaborated with the brand on men’s collections in the past, announced he will no longer work with H&M after seeing the image.

The American basketball player, LeBron James and Snoop Dogg also weighed in their dissatisfaction with the whole incident and distanced themselves with the company.

“H&M u got us all wrong!” James wrote on Instagram. “And we ain’t going for it.”

While all of this took place I was a bit perplexed by the whole issue, to me the sweatshirt and the boy looked spectacular together, me with my liberal rose-coloured glasses couldn’t digest the outrage it got, on the contrary, the sweatshirt reminded me of my own distant childhood memories, growing up I got inspired by the smooth skills of Toby Maguire in his shiny red spider suit, I would mimic his climbing skills in the walls of my passageway and climbing through the trees in our backyards….but rather than being appreciated for my spidey skills.  I would have been given the moniker of monkey, but I took it in my stride for it was the early 2000’s and it really wasn’t that easy to offend people back then. So I couldn’t understand the egregious outrage it got especially from the black community, so I dug a bit deeper and it didn’t take much longer to piece everything together.

Until a few decades, comparing black people to “monkeys” or “apes” was widely used as a racial slur, and was often used in a derogatory way when used in context with a black person. Even the former POTUS and his First lady were not spared from this malice.

So now the outrage seems much more understandable, the problem wasn’t the sweatshirt or the black boy, it was the black boy wearing this particular sweatshirt and it didn’t really help much that there was another white model branded as a “Survival Expert”.

It now seems obvious that this idea from its inception was a PR crisis waiting to happen, what makes one wonder is how a boardroom filled with industry experts could miss this, and give a green flag for this blunder, but having noted that in many parts of the world people call their young ones as monkey, had the two young model interchanged their outfits it wouldn’t have been blown out of proportion as it did, I am of the opinion that no company would  create an ad with the sole intent of being racist.

Referring to kids as monkeys is a term of endearment, meant to highlight that the kid is mischievous. In many families across the world, children are called monkey in affection. The child’s mother too didn’t find any issue with the campaign and raised concern over how it’s not always as grim as people make it out to be.

“That’s my son … I’ve been to all photo shoots and this was not an exception, everyone is entitled to their opinion about this. This is one of hundreds of outfits my son has modeled … stop crying Wolf all the time, unnecessary issue.”

It probably wasn’t the best idea to feature a black child with the sweatshirt because this type of controversy was bound to happen, the company as expected has taken the online advertisement down and apologized for hurting people’s sensibilities. Although the issue has died down now some people still suspect H&M campaign as an act of underlying white supremacy while others are more forgiving and consider it to be a case of the company being culturally and socially unaware and committing a grave but excusable faux pas.

My take away from this incident is that in our chosen profession to effectively navigate through  our work one should have a  clear understanding of  the cultural and social nuances of the world at large, and remember that  our ideas and creativity must be carefully and minutely scrutinized by us from all angles before it reaches the public for they surely will, and to remember that it’s no longer the 2000’s. 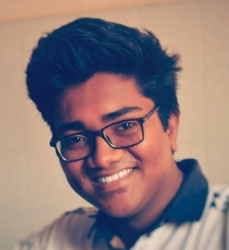 Riyaan Shaikh
20 and fresh out of college, still navigating the chaos of life, Riyaan is an avid observer of human behavior, with a penchant for reading, history and all things low-key.

Latest posts by Riyaan Shaikh (see all)
2019-08-06
Previous Post: Same-sex couple thrown out of Chennai Hotel
Next Post: Article 370 and Article 35A revoked: A new phase in the Indian Constitution