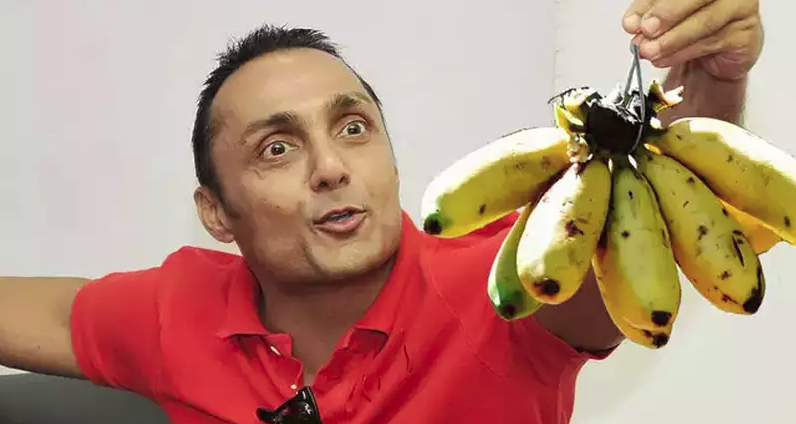 While Equador, the largest exporter of bananas was making strategies to defend its banana plantations from the infiltration of a deadly fungus, miles away in the opulent premises of JW Marriott, Chandigarh it was a different story altogether. Trying to find the link? Well it was the potassium rich fruit which made headlines not for the fungus infiltration but for the exorbitant price they were charged for.

A tweet from actor Rahul Bose went viral on the social media on which he sarcastically expressed his anger on how he was charged a colossal Rs.442.50 for a couple of bananas he ordered at a suite he was staying in JW Marriott, Chandigarh. What was even more strange about the bill was it had an 18% GST included and was marked as a “Fruit platter” item and the internet went bananas over it!

The whole episode obviously did not go well for JW Marriott as they were slammed a fine of Rs. 25,000 by the Chandigarh Excise and Taxation department for illegally levying GST on fresh bananas served to Rahul Bose.

The brand definitely faced a rain of criticism and trolling over the internet and all over the media for this banana fiasco.  Experts said that it was a clear violation of the Consumer Protection Act, 1986 which states that the customer has the right to be informed about the quality, quantity, potency, purity, standard and price of goods or services, as the case may be so as to protect the consumer against unfair trade practices.

Where did it go wrong?

It indeed was a very negligent mistake on the part of JW Marriott officials. A premium customer in a five star hotel has to be provided with the necessities he or she asks for, which are of course within the scope of the hotel to be arranged. Luxury hotels have their own bit of luxury to charge on the higher side for the quality of services they provide. Having said that, as per the GST guidelines fresh fruits and vegetables whether served individually or as a “platter” need not be levied any tax. Clearly, the hotel’s internal management have missed this and must have added the fruit platter as part of the other taxable inventory list. And it seems pretty clear that they did not have ‘bananas’ as a separate inventory to be billed in their system.

What has been done is done and indeed had a drastic impact on JWM as a brand. But sadly, eight days hence the fiasco the JW Marriott officials have not released any official communication nor have they responded to any of these events.

Alternatively, they could have addressed the burning social media immediately via a tweet/social media post stating that they were sorry about this minor yet mammoth blunder. They could have very well sent a bunch of ripe fresh bananas to wherever Rahul Bose was located for his shooting with an apology note so as to lighten the mood and make a goodwill gesture. They could have very well leveraged this situation to observe a banana day in their hotel premises the next day and could have given out complimentary bananas to their onboarded customers. This could have been a very interesting counteractive event which could have gained them much more retweets and upvotes on the social media. But they chose to stay quiet. Moreover, the banana fiasco has exposed many of their previously hidden flaws as the Excise department seized 34 liquor bottles from JW Marriott, Chandigarh on 29th July which had no holograms, hence illegal.

While the world is going bananas and hopping onto the circus, JW Marriott should thank Mr Rahul Bose for unravelling a chink in the armour. JWM promises to come up with new tricks to ensure a comfortable customer experience. Do let us know in the comments what could have been your move had you been in the PR/Branding team of the JW Marriott, Chandigarh!

Latest posts by Raman Kumar (see all)
2019-08-02
Previous Post: Why Face App was Trending
Next Post: Magsaysay Award 2019 for Ravish Kumar is a vindication of good journalism