Man arrested for Harassing a Woman Journalist in Bandra, Mumbai

A resident of Bandra named Jahiruddin Edrisi was harassing a woman journalist for the past 2 months by making random video and WhatsApp calls as well as sending abusive online messages when she ignored them.

The 27-year old hawker from Behrampada, Bandra was arrested on Saturday for making video & WhatsApp calls to the 36-year-old woman journalist for over 2-months, the Malabar Hill police said.

“Jahiruddin Edrisi had dared the complainant to file a police case and even threatened to reach out to her residence if she did not answer him. After she filed a complaint, we used technical details to nab Edrisi,” an official said.

The man was booked under sections 354A (sexual harassment), 354D (stalking) and 506 (criminal intimidation) of the Indian Penal Code as well as provisions of the Information Technology Act.

Odell Dias is a Digital Marketing Strategist with over 4 years of experience in the marketing field. He is also the Founder of Rightly Digital - Online Marketing Made Easy. A resource for digital marketing and online marketing strategies and campaign reviews 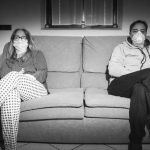 Lockdown lifestyle: Reason to be happy? 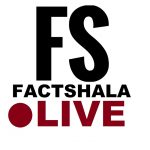