Mumbai, September 7: Representatives and volunteers from 21 different women’s organisations gathered outside the General Post Office, CST yesterday to send 282 sheets of 8,320 signatures to the Chief Justice of India to demand that the remission of sentence granted to the 11 convicts in the Bilkis Bano case be withdrawn.

Over a period of 10 days, the organisations urged women to come together on one platform by supporting the withdrawal of remission of 11 convicted rapists and murderers in the Bilkis Bano case.

The representatives traveled in trains, visited slums, and campaigned in public spaces to raise awareness about their signing campaign. Sabah Khan, from Parcham Collective, said, “We made sure that the papers were signed only by the common public to show the Supreme Court what the majority wants”.

Activists Hasina Khan, Anju Dire, Sugandhi Francis, and Sandhya Gokhale expressed their concerns about the treatment of the marginalised communities, the lack of safety for women, and the state of social justice in India. They promise to continue campaigning until the convicts are back in jail.

Hasina Khan from Bebaak Collective stated that the catalyst for their campaign is the struggle faced by Bilkis Bano. Sandhya Gokhale from FAOW said, “Since the convicts were not only released but garlanded and celebrated, all women must be alarmed for their safety and fight for their place in this democracy.”

Anju Dire, a member of AIDWA, added, “The government promised better safety for women during the celebration of 75th year of Independence. However, rapists and mass murderers are celebrated and honoured. How do they expect us to trust the govt? Their religious bias seems to be at play. Social justice should be equal for all.” 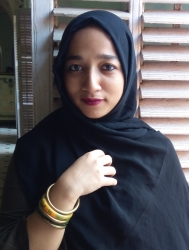 Nida Faruqui
Nida Faruqui is a passionate writer and an avid reader who believes in achieving balance and order through words. She aspires to bring about change in the way people think and remind them of what it takes to be human. She is a journalism student at SPICE, here to hone her skills and equip herself with the correct tools of writing. 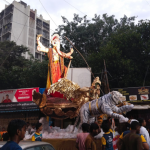 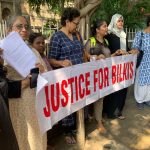