MUMBAI:  Despite the protesting farmers calling for a nation-wide Bharat Bandh last Tuesday, daily life in the suburban area of Malad east remained unchanged. The Datta Mandir and Daftary Roads were crowded with office goers beyond 11:30 am, although the bandh had begun at 11 am. It was expected to go on till 4 pm.

Six roadside vendors were noticed on Daftary Road, selling corn, coconuts, papayas and sacks of onions. “Yes, today is Bharat Bandh, I understand that. But I have to sit here and sell. Today all dairy, vegetables and medicines will be available because they are important things”, said a vegetable vendor.

Most of the vegetables being sold in the Bharatya Janata Party (BJP) -dominated area belonged to the previous day’s stock which had been left over. An anonymous vegetable vendor stated, “I got these vegetables from Vashi Market. There’s nothing coming in today.”

Rickshaws, taxis, BEST buses as well as private vehicles were functioning as usual with no police deployments in the areas between 11 : 30 am to 12 :30 pm.  All grocery stores, dairies, pharmacies and restaurants remained open to the public.

In contrast, the area of Pathanwadi maintained a strict bandh as Kurar village police forces reportedly urged stores to shut shop till 4 pm. Police were largely deployed on the Western Express Highway, rather than in the interior areas of Malad East.

A number of common citizens had come out in support of the Farmer’s protest. Bela Naidu, a shop worker, said, “I think it is good that they (farmers) are protesting. It is because of them that crops grow and we get our food. I hope that the government listens to them.”

But a number of citizens were largely unaware of the reasons behind the nationwide protest as confusion spreads. “I think they (farmers) should speak more. People who can influence others should state why the farmers are protesting. Not everybody knows what the laws state,” said young Kimberly Braganza. 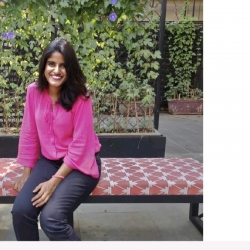 Wendy Mendonca
Wendy is currently pursuing journalism at St Pauls Institute of Communication Education. She is an ardent reader and has over one year of experience in the field of content writing. She believes that content is not just about curating a complex story or adding in some complicated jargon that would be inaccessible; it's about helping people understand, learn, and keeping them well informed.

Latest posts by Wendy Mendonca (see all)
2020-12-14
Previous Post: For this young man, Coronavirus has actually been a bit of a boon! He got his job back at a higher salary
Next Post: Over 80% shops closed in support of Bharat Bandh in Vishrantwadi, Pune 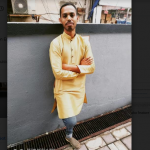