Say it like it is: Custodial Violence is Illegal

At the beginning of this month, I wrote an article on George Floyd’s death and the worldwide protests, unaware a similar incident would take place in my own country. A tragic incident that highlights the lengths to which police brutality can reach, or might I say, has reached.

P Jayaraj (58) and his son Fenix (31), ran a mobile shop in the district of Thoothukudi in Tamil Nadu. They were allegedly accused of keeping the shop open past the curfew by 15 minutes, as Tamil Nadu is under lockdown. Jayaraj was the first to be taken into custody but as his son arrived to inquire, he was taken in custody too. Three days later, on 23rd June their demise was brought to notice to their family and friends, and soon to everyone through social media.

The officers who arrested the two men have been suspended and their families have been compensated. Meanwhile, Jayaraj’s family has also been compensated by All India Anna Dravida Munnetra Kazhagam (AIADMK) and (DMK). This incident led to large-scale protests in support of these two men starting in Tamil Nadu and have now spread across the country and caused public outrage. Hashtags like #JusticeforJayarajandFenix are trending on most, if not all social media platforms.

Is this enough to be called justice? The liberty taken by these policemen to torture and harass custodians is what sparks anger, and calls for a public outcry. Transferring and suspending officers who misuse their power, is not justice. When we address police brutality right now, it is important to note that custodial violence is not uncommon in our country, however, sometimes it gets less traction.

How common is custodial violence?

Here is what you should know: Custodial violence is referred to as violence in police custody and judicial custody. Three forms of custodial violence are death, rape, and torture. The government enacted the following to restrict the tendency of policemen to resort to torture in any form for confessions: Sections 330, 331 & 348 of IPC, Sections 25 & 26 of the Indian Evidence Act; Section 76 of CrPC and Section 29 of the Police Act (1861).

The sections emphasize that police do not have the legal authority to use third-degree torture against accused or against any person. It would amount to committing a punishable offense and if it is proven that the custodian was tortured, the officer will be convicted.

Sadly, it is normalized to an extent that we watch custodial violence happen on television shows, and not be surprised. There have been a lot of cases of custodial deaths since last year. The 26-year-old Mumbai resident who was beaten to death in custody, a Pratapgarh resident who allegedly died due to police torture, a Kerala resident died in a hospital after suffering injuries from custodial violence, and many more that do not surface in media. The Hindu reported that there have been 1606 deaths in judicial custody and 125 in police custody based on the Indian Annual Report on Torture 2019. The report goes on to describe gruesome methods of torture implemented by policemen to extract confessions.

Why does it prevail?

Custodial violence prevails not only due to a few bad apples, but there are more factors to be considered. According to Legal Services India, some of these factors are that custodial violence is a short act to receive quick results, inability to apply scientific methods, immunity to not being questioned, lack of training and effective supervision, psychological causes, institutional pressures, long working hours and deplorable conditions.

These factors play a major role in why the issue of custodial violence still exists in India. Earlier this year, Supreme Court asked the government to respond to petition seeking implementation of Section 176(1a) of CrPC that highlights mandatory judicial inquiry in cases of death, disappearance, or rape in police and judicial custody. The report followed to state the numbers of 2005 to 2017, where 54 policemen were charge-sheeted out of the 266 registered cases, but none were convicted, and the rest 210 cases were not registered at all.

Despite all the efforts of analyzing numbers, submitting reports and regulations, why does custodial violence still prevail? We can all agree that the police forces face tremendous pressures from various institutions and public outrages, but police brutality ignores the law itself. We cannot let such violence be normalized for quicker results or televised entertainment. It is rather a time that the long-standing system from the British era changes for good, to serve and protect people by respecting humanity.

Latest posts by Siddhi More (see all)
2020-06-29
Previous Post: Everything but the Black Lives Matter movement
Next Post: Non – registration of FIR in rape cases, a serious violation of IPC section 166 A (c) 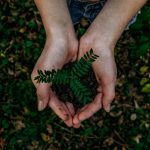