These guys are NOTA Voters!

Around 11 am at St Anthony’s School, Vakola ,where people were busy casting votes to their preferred candidates, there was an elderly man sitting on a bench quietly observing the show. Having arrived at the polling station on the Election Day, Caitano Dias doesn’t vote.

In his mid-fifties, Caitano been living in Kuwait for the past four decades and is sceptical about election. “I don’t know who to vote for,” he says. He seemed very pessimistic about the political condition in Maharashtra while listing quite a few grievances regarding poor administration of the state.

“All (candidates) are stupid”, he said, having given up hope on all the contesting political parties. “The Government has increased fines for road offences but who cares about the brake lights of rickshaws that never work, resulting in many accidents?” He also explains how there is no facility for the visually-impaired citizens to vote in the State Assembly Elections. His devil may care attitude came off strongly as he said, “I want you to put across my views to the media.”

He shared his picture and name openly, asking what was the worst that could happen to him!  He kept asking his acquaintances whom they have voted for with a slightly bitter tone.

Speaking with him revealed he had suffered a major tragedy in the loss of a child recently, so much may be forgiven him.

Meanwhile, at the Mithibai College of arts in Vile Parle, thousands of voters came in to cast their votes for the 2019 Maharashtra state assembly elections. Working professional Chetan Kolakia (36) was one of them.

Kolakia said that he had no intentions to vote for any specific political party and therefore chose to vote for none. When asked about his decision, he remarked, “The government is not doing anything for the people. I have an engineering degree and there is a dearth of jobs in the market. We are a family of 10 people and all of us have chosen the NOTA option. We just vote for the sake of voting.” However, nothing could beat three young men also in Vile Parle, who had voted NOTA “because they didn’t see how our vote would make a difference”.

Worryingly, since its inception it has become increasingly popular with the electorate, securing more votes than the victory margin, for instance, in the Assembly Elections in Gujarat (2017),Karnataka (2018) Madhya Pradesh 2018 and Rajasthan 2018. It is an effective way to show rejection of fielded candidates. However, it does not guarantee dismissal of the candidate, hence holds little electoral value. It does, nevertheless, give feedback.

Latest posts by spiceenquirer (see all)
2019-10-21
Previous Post: Complaints
Next Post: There’s a chasm between rich and poor perceptions in Vile Parle East and west 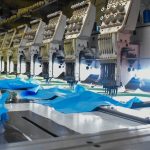 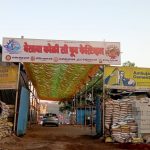