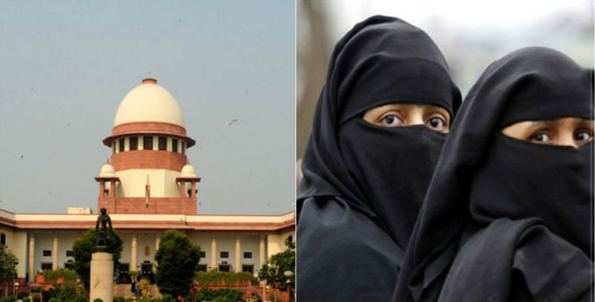 Triple Talaq verdict: A win for Muslim women in India

Cries of joy streaked the land of unity in diversity as the news of the Triple talaq verdict spanned out with the Hon’ble President Shri Ramnath Kovind giving his assent to it. In what is considered another triumph for the female rights in India, the Muslim Women (Protection of Rights on Marriage) Bill, 2019 is indeed a game-changer in the history books of the largest democracy.

These women had been inescapable victims of talaq-e-biddat (triple talaq) or instant divorce in India as part of the age-old partisanship of Hanafi Sunni Islamic School of Jurisprudence. As part of talaq-e-biddat a Muslim man can instantly and legally divorce his wife by mentioning talaq three times either by uttering them out or through written text. More recently, this law started getting the antagonist debate heat when it was misused by the Muslim men to divorce their wives electronically.

A woman already married to a man, who as his wife, takes care of the whole family including children, performs duties and rituals and other needs are asked to forego all of this within seconds! And sometimes, later most of the times, the need of executing triple talaq was merely inclined to men’s needs and not on egalitarian grounds for both.

Where did it all begin?

There have been rifts among the major classes of Muslim scholars over the Sharia laws that govern the Muslim family affairs also known as Muslim Personal Law Application Act, 1937. Despite not being mentioned in Quran and hence not the traditional way of divorce, the triple talaq still made it as a valid form in Sharia law. And since Muslim marriages in India are covered under Special Marriage Act, 1954 putting a straight away ban on it was always challenged.

The consistent tussle between the supporters and opposition for triple talaq took a new direction when Allahabad High Court made a significant observation on 8th December 2016 and found that the use triple talaq is unconstitutional and against the rights of Muslim women. In subsequent events the Supreme Court passed a verdict in August 2017 stating that the use of triple talaq and the idea of instant divorce is highly derogatory for Muslim women rights. This was a straight-up indication of what transpired as the Muslim Women (Protection of Rights on Marriage) Bill which passed through many of its drafts and ordinances until June 21st 2019 when the bill was introduced in the Lok Sabha by Mr Ravi Shankar Prasad, the Minister of Law and Justice, Government of India,. After the bill was tabled thoroughly and passed in Lok Sabha on 25th July 2019 and then in Rajya Sabha on 30th July 2019, it finally got the President’s assent on the 1st of August.

The Muslim Women (Protection  of Rights on Marriage) Act, 2019 applies brakes on the misuse of the offence of instant talaq which is a men-oriented divorce form. Because of its cognisable nature, the offence can send the man imposing the triple talaq for imprisonment up to 3 years. The offence once registered is non-bailable and is only granted bail on reasonable grounds that to after compulsorily hearing the Muslim wife’s plea in front of the magistrate. The complainant wife has powers to withdraw the charges and let her husband go on her terms. Even though the final decision is still decided by the magistrate this clause is one highly favouring the women. The Muslim women is entitled to be given the custody of the minor children if talaq has been established upon by her husband. She can also claim support allowances for all her dependent children apart from getting the default custody of the minor children. The allowances amount, of course, will be decided by the court based on the factors of the case. The Muslim women who witness the triple talaq can register their cases out in their areas of dwelling, as the magistrate of their areas will have the jurisdiction to hear the cases. Thus women would find it easier to go through the whole law procedures.

Overall, the triple talaq law, seems to be a great victory of justice and the constitution where the law rose to the occasion, to demolish something which was followed for years based on debatable religious laws and beliefs. The core motto of democracy is to be constantly evolving through changes and making the political administration fair for all. One step at a time!

Let us know in the comments section, what you feel about the triple talaq verdict!

Latest posts by Raman Kumar (see all)
2019-08-02
Previous Post: Magsaysay Award 2019 for Ravish Kumar is a vindication of good journalism
Next Post: The Right to Choose