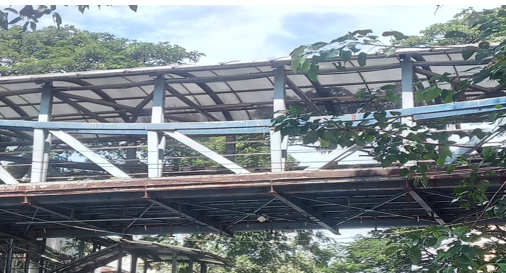 Voting and its attendant satisfaction in Vile Parle

Kiran Shah and his entire family of six came to the Mithibai college of commerce to cast their votes for one party, the BJP.

Maintaining that they felt all their promises made by the BJP during the 2014 state assembly elections were fulfilled, Shah said there was no second thought about which party to vote for this time around.

Shah’s sole request to the BJP, if elected during this election, is to improve the infrastructure of the city of Mumbai.

His mother Saraswatiben (76) also gave in her thoughts about her expectations. “I want Pakistan to be defeated and terrorism to be completely nullified and I have a lot of faith in the BJP to fulfill my promise.”

Working professional Atul Panchal and his wife Avni too were present at the Mithibai college of commerce. They refused to entertain questions about preferences but they did not shy away from listing out their expectations from the state government in 2019.

“Traffic rules must be tightened up”, Avni said. Road’s must be less congested and the Metro work must be finished soon or just be cancelled. Yesterday I noticed that there were some streets with no lights on and this makes it potentially dangerous for us women to walk or travel by a vehicle

At noon, student and first time voter Pooja Rathore arrived at the Xavier’s high school to cast her vote. Pooja said that she voted for the BJP as Vile Parle candidate Parag Alavani has been consistent with delivering promises since the previous election in 2014.

When asked about her expectations, Pooja said, “The hawkers need to be removed from the station area and at parts of the constituency.”

She also said that she would like the government elected to make provisions for parking in crowded areas.

“The government is charging heavy fines on vehicles parked in the no parking zones. They must either drastically reduce the fines or provide us with a proper place for parking”, she said.

The skywalk at the Vile Parle station has also been causing problems for the common people to commute. Pooja weighed in on this issue as well, saying, “The sky walk is useless as hawkers are occupying space and people aren’t able to cross the area to use the it.”

Latest posts by spiceenquirer (see all)
2019-10-21
Previous Post: There’s a chasm between rich and poor perceptions in Vile Parle East and west
Next Post: East versus west, who is the best in Vile Parle?