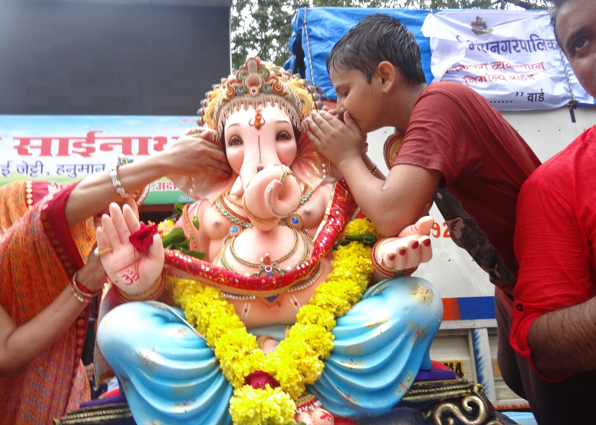 Exploring the Psyche of Anant Chaturthi

The ability to eradicate obstacles is the most proficient quality associated with the elephant-headed Hindu deity, Ganesha. He is most energised to accomplish this eradication during Ganesh Chaturthi, the ten-day festival observed throughout India, that marks his birth.

One among the most prominent rituals of this festival is to establish the murti or idol of Ganesha in the house, as he is believed to bring good luck and prosperity to the devotees. Being the ‘Dukhaharta,’ or the slayer of sorrows, he is also symbolic of good fortune and wisdom, and worshipping the idol is also equivalent to worshipping all the ideals like grace, poise and the cosmic sound of Om allied with him. The festivities continue with great reverence, where devotees fervently pray and perform ceremonies to express their devotion and faith. Subsequently, after ten days, the idol is immersed in water on Anant Chaturthi to denote the end of Ganesha’s visit, as the final custom.

Bringing Ganesha home holds significant value to devotees and ultimately, they form a deep and personal attachment with the physical manifestation of divinity. As the idol is immersed on the last day, it is believed that Ganesha returns to his heavenly abode, taking with him the sorrows and adversities of his devotees. While it might seem like a great idea to skip the Visarjan and continue to host the god of prosperity, it is one among the common beliefs that the power suffused in the sculpture, after ten days of worship, is all a human can bear. Moreover, it is even interesting to note that some mandals hang on to their Ganesha for 21 days!

The psychological perspectives associated with Anant Chaturthi are crucial in understanding the innate characteristics of humans, and their principles regarding the theology surrounding the event.

The American psychologist, Abraham Maslow, propounded in his theory on hierarchy of needs that humans have always been on a consistent journey to fulfil their basic needs and desires. Moreover, Steven Reiss, a psychologist who has been studying human motivation for twenty years now, suggests that religion appeals to followers because it gratifies the basic desires that humans share, and helps them cope with the fear of mortality, losses and unfulfilled needs. “Religious rituals fulfil the desire for order. Religious teachings about salvation and forgiveness tap into the basic human need for acceptance. Promises of an afterlife are designed to help people achieve tranquillity,” says Reiss.

Similarly, people embrace the mysticism surrounding the Hindu god, Ganesha because their hearts are set on appeasing him, to justify the belief that he takes their apprehensions with him during the Visarjan.

However, the nature of human beings to try and hold on to things that are precious to them, and Ganesha’s personal visit into their homes is one of the sacred moments they hold on to. Devotees find it difficult to detach the sentiments and faith established upon the idol and experience a wave of conflicted emotions upon his departure. A practising psychologist, Edna Fernandes (B.A Psychology, M.A. Counselling Psychology) advocates that ardent devotees are seen weeping both out of joy and sadness, fundamentally based on how much they expect Ganesha to gratify their needs, and the emotional connection they formed with the idol.

The world has a plethora of cynicism to offer, due to which, believers of Ganesha cling to a physical and more approachable representation of the supernatural being. Devotees have a relatively hard time letting go of their saviour and thus, Anant Chaturthi grieves, as well as appeals to the human psyche. 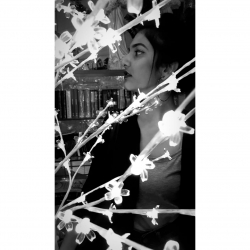 Latest posts by Shruti Vanjare (see all)
2019-09-16
Previous Post: The Man who Lost 10 Billion Dollars in 10 Seconds – Gerald Ratners’ PR Crisis Story
Next Post: Within the noise, the peace of eternal silence