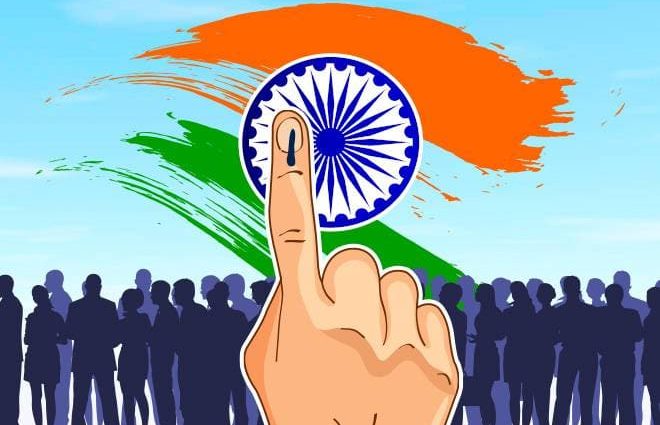 Across the city and the suburbs, of Mumbai, where counting in 36 Assembly seats will decide the fate of nearly 20 million residents, there is a sense of quiet and consolidation as people gear up for counting tomorrow. Then it will be victory processions for the winners and hopefully, retrospection for the losers.

While no surprises are expected, and the general consensus being an overall win for the ruling BJP and its ally, the Shiv Sena, the Spice Enquirer will be out in the filed covering each of the six Assembly constituencies of Vandre West (177), Vandre East (176), Kalina (175), Kurla (174), Chandivali (168) and Vile Parle (167). These are part of the 26 constituencies in the suburbs of Mumbai. The other ten are in south Mumbai. All form part of the total 288 Assembly constituencies across Maharashtra.

Here is a report on each constituency after the voting, before the counting, submitted by our journalism students.

NOTA voters make no impact at all in Vile Parle

The sentiments favouring the ruling party alliance were out in the open in this largely affluent Assembly constituency of Vile Parle and perhaps these factors encouraged a very relaxed campaign atmosphere. No surprises were expected here, and the current MLA was considered already comfortably in.

During the 2014 state assembly elections, Vile Parle saw a total turnout of 2,86,158 electors out of which 52.99% of voters were men and 47.01% were women. There was a total of 277 polling booths during these elections along with a 52% overall turnout from the constituency.

From the BJP, sitting MLA Parag Alavani is pitted against first-time contender Jayanti Jivabhai Siroya of the Congress party whose campaign style was so low key as to be almost invisible.

Conversations with the people living in the more affluent areas of Vile Parle indicated that they have been happy with the work carried out by the incumbent. But there seemed to be a large number of people, especially those staying hear the station in old buildings who felt he addressed only the middle class, leaving the poorer segments largely unrepresented

However, the chief concerns amongst both segments were common – civil security, traffic rall congestion and overall cleanliness.

At the polling booth in the Sathaye College in Vile Parle, three youngsters were open about the fact that they had hit the NOTA button.

“One vote of ours is not going to make a difference in the results of this election. We are not too invested in the elections this time, but came out just to exercise our moral duty as a citizen of citizen.”

It was a young, working professional, Chetan Kolakia, who raised the spectre of unemployment as a reason for voting None Of The Above. “I have opted for NOTA as well as I feel that the current government is not doing enough to provide adequate jobs for people. Some of us hold engineering degrees and continue to struggle to find jobs in the market,” he said.

Will Chandivali remain a Congress oasis?

Voting for the 2019 Maharashtra assembly elections saw a record 52% of voters as opposed to the previous election which saw 44% of voters in the Chandivali constituency. That is a whole 8% more than the last time. Here the incumbent Md. Arif (Naseem) Khan from Congress, faces Dilip Lande from the Shiv Sena as the two major candidates.

Political parties and their candidates campaigned aggressively throughout the week until Saturday, 7 PM as a way of proving their supremacy. Despite all the campaigning, a majority of people in the constituency seemed to support the incumbent.

Raju Khobragade, an auto driver, said, “Khan Sahab has been working very hard and very well for us. There is no chance we can even think of voting for anyone else.” This sentiment was echoed by almost everyone Spice Enquirer spoke to, which included the likes of garage technicians to doctors to businessmen.

On the day of the elections, for the most part, the voting went off hassle-free except for an unattended EVM kept in a car outside the Durga Devi Marathi School in the evening, polling station without any security. The ensuing ruckus had party workers, activists and members of the public out in full strength expressing their outrage. Luckily, the alertness of the police defused the tension and prevented things from getting ugly.

The battle for Kurla

The Kurla constituency saw a huge turnout of over 2 lakh voters. A Muslim-dominated area, the Shiv Sena has been in power since the 2014 Assembly elections. The scene has been calm in the area and people had no room for complaints when questioned. However, the comment often heard was that BJP could do better than focusing on Hindutva as the sole aim of their campaign.

The elections and the polling went smoothly, and the municipal schools in the area saw an increase in the voter, as the afternoon progressed. The highlights were the deaf, blind, and disabled also coming out to vote and make a difference.

For Mangesh Kudalkar of the Shiv Sena, the writing on the wall seems positive, given that Kurla is a reserved constituency and that he defeated the then-rival BJP candidate by a margin of 9.46% votes. This time, the Shiv Sena and BJP are allies, and his main opponent is advocate Ratnakar Davare from the All India MIM party.

The latter’s plans for the area revolve around making and improving policies for better education in the area, slum rehabilitation, improving the drainage system in partnership with the Vidhi Mandal. The NCP, MNS and BSP have candidates contesting as well. Nitin Bhosale from the Bahujan Samaj Party has pledged to abolish landlordism and work towards the development of slums in the area.

The common complaints heard during elections were that several people had not received their voter cards. A few people who had moved out from the area but still had their names on the lists and had returned to vote. Overall, however, it was a peaceful day of voting, with candidates and parties taking time off to rest yesterday and also today.

Tomorrow will make up for today in terms of activity and excitement.

More than 1.2 lakh voters turned out for the Assembly elections in Kalina on Monday, and this is indeed a respectable number, given that 2.4 lakh voters are registered. Like other constituencies in this segment, this is an increase, albeit wafer-thin, over 2014.

Things might have been even better, judging from the number of people who complained that their names had not made it to the list this time. They said their voter ID cards had not been delivered in spite of making applications as far back as six months ago, with repeated follow-ups.

Many said they were not aware of their updated serial numbers and polling stations. These genuine reasons aside, many of the eligible voters had a laid back, casual attitude and echoed a single thought collective saying, “Who do we vote for anyway? Better we make use of the holiday.”

On the bright side, the police force along with the traffic controllers did a commendable job at managing the queues and handling security issues. Special amenities for differently-abled and the elderly were also provided by the authorities that encouraged many first time voters. Kalina has a total of 14 contesting candidates including BJP’s Sanjay Potnis (current MLA), Congress’ George Abraham and Sanjay Ramchandra from MNS. While the exit polls indicate BJP grabbing the win, one cannot predict a sure-shot outcome until the results the out tomorrow evening.

Four per cent higher is enough to make one smile!

This constituency stood out for a couple of reasons. First, unlike in a lot of other constituencies, all the main party candidates were seen patrolling or just walking around the polling stations, talking to people there. Businessman Zishan Siddique of the Congress Party had become a familiar figure by the end of the day. So was Trupti Sawant, the sitting MLA from the Shiv Sena. She was in a piquant situation because a day before voting took place, she was removed from the Shiv Sena for standing as a rebel against the official candidate Vishwanath Mahadeshwar. So she stood as an Independent.

Vandre East includes Dharavi, Asia’s second-largest slum, but there are also lots of little slum pockets comprising shanties on sidewalks, and here plenty of resentment was expressed about the failure of the sitting MLA to do anything. Ms Sawant was unfavourably compared with her husband, who won the election here is 2014 but died suddenly a year later. It was this that led to a by election in which Trupti Sawant emerged the victor.

Complaints or not, however, the slum dwellers voted in numbers. They are now hoping that the new government will pay heed to their voices as well as to those of the middle class, among whom they live in large numbers and uncertain conditions. Their demands are basic, food, shelter and health initiatives.

Vandre East is a virtual mixed bag of the poor, the middle class and the affluent living in the towers springing up everywhere. Real estate development is among the most intensive here.

The richer you are, the less you vote?

When Monday dawned, it looked for all the world as if large numbers had turned out to vote in the Assembly elections in Vandre West. The excitement at the [polling stations was palpable, and even more so when Bollywood stars like Kareena Kapoor and Soha Ali Khan turned up, for instance, at Duruelo Convent on 24th road.

Unfortunately, when the numbers were actually allied at the end of the day, they showed a meagre 38.13% of the voting population. Obviously the lure of an extended weekend proved far more attractive to many than the duty of voting.

This is the fiefdom of BJP bigwig and minister of education Ashish Shelar, against whom there seems little opposition. The Congress has fielded Asif Zakaria, brother of actor Arif Zakaria, who ran a subdued campaign.

Some people unfortunately couldn’t find their names in the voter list while some didn’t have proper identification even though they claimed they had applied for the voter ID in over 6 months. There was considerable ire among some senior citizens who had carried wrong or inadequate documentary proof of identity. They blamed the media and the election commission officers for not keeping the public well informed about what was required, a claim that was refuted vigorously by the former.

Yesterday, compared to the 2014 elections, the poor turnout was noticeable. The people at the help desk at one station said stated that out of 5000 people registered there, only 500 came to vote. As soon as the polling booths shut, you could see almost all of Bandra out and about. So where were they when it was time to vote?

Latest posts by spiceenquirer (see all)
2019-10-23
Previous Post: What was an unsupervised EVM doing in a car, at Chandivali?
Next Post: Dhoni Retires Hashtag Trends on Twitter, Fans Get Worried